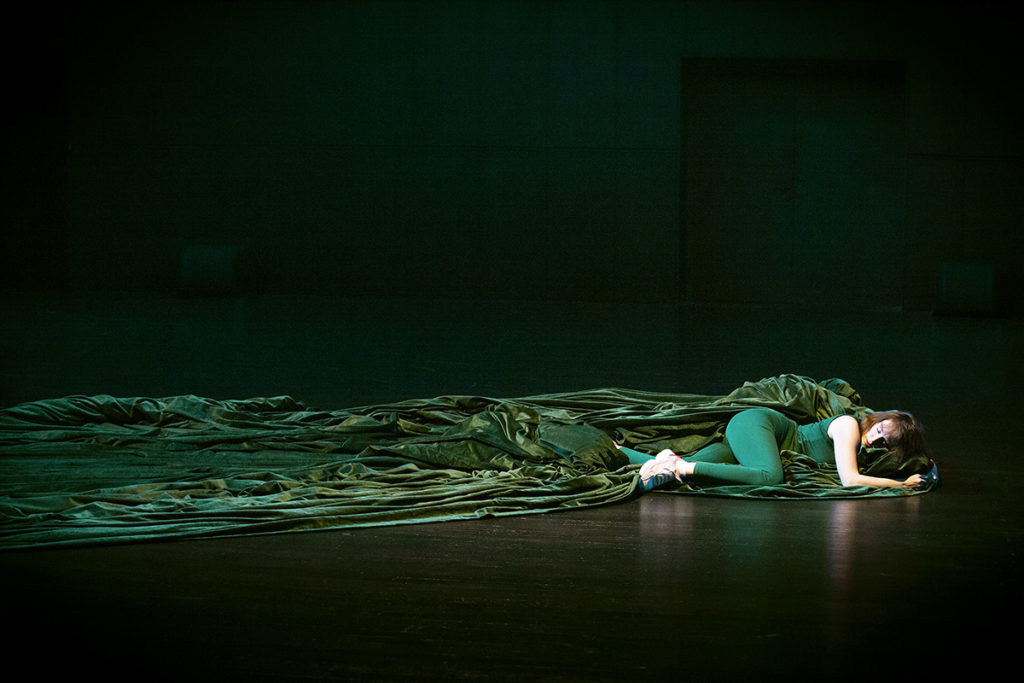 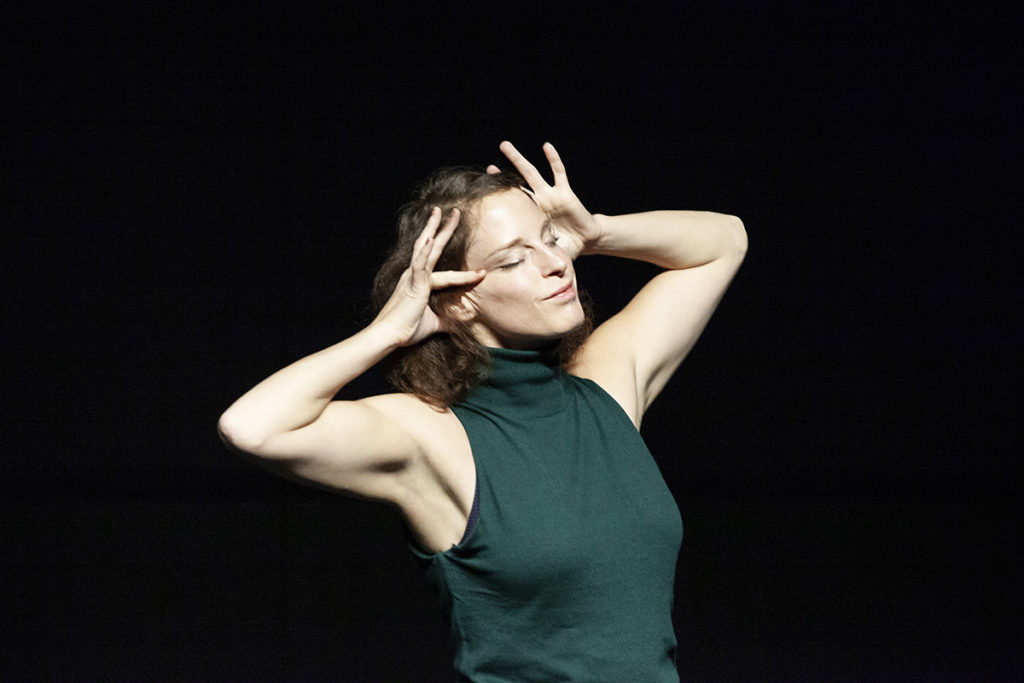 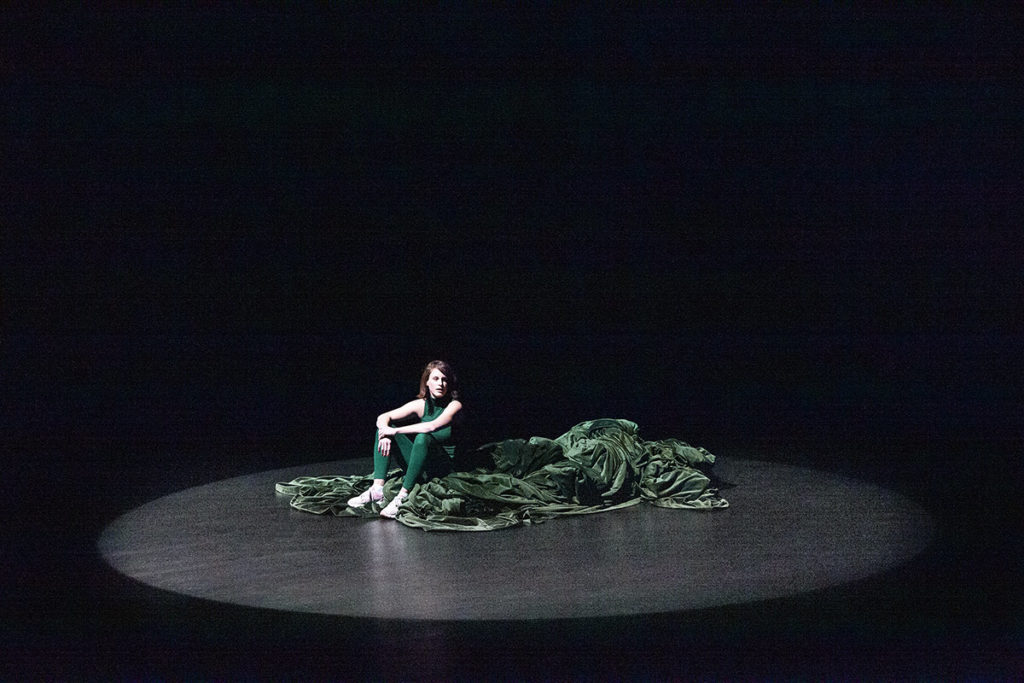 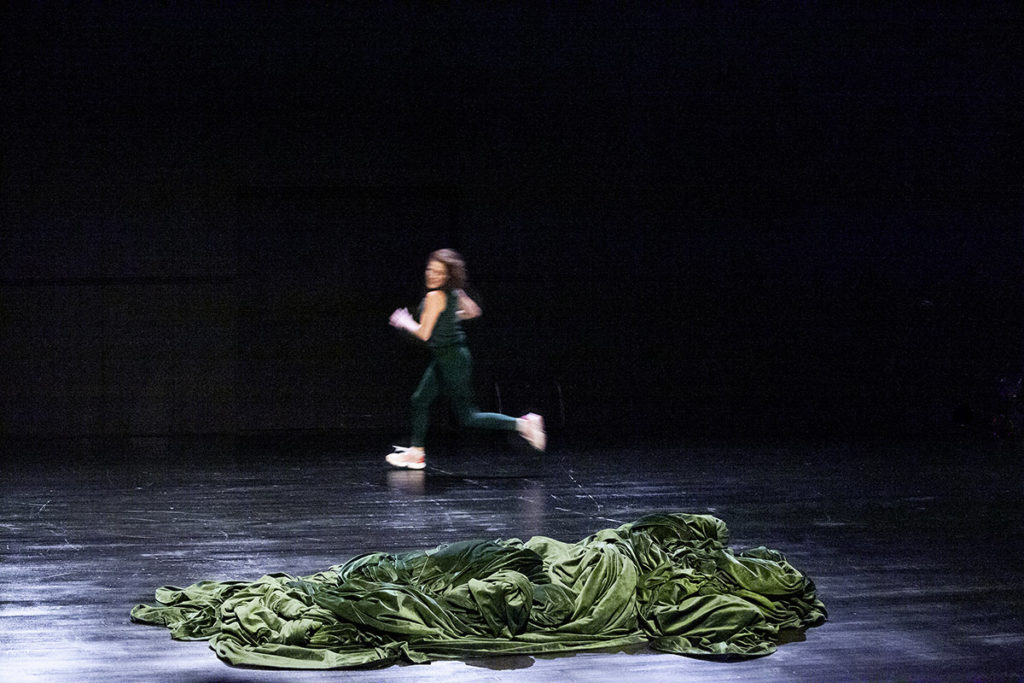 Le Souper recounts an imaginary encounter between Julia Perazzini and her older brother, who died before she was born. A dialogue through time and space, death and life, that thumbs its nose at chronology, so-called logic and the order of things. By playing her own character in conversation with the imaginary departed, she operates a cathartic, poetic and joyful ritual, which questions the very fact of being. After her acclaimed solo Holes & Hills, Julia Perazzini takes to the stage alone once more to pursue her research into forms of identity, this time via her relationship to the realm of the invisible. “We will journey through Le Souper as we would journey through a long night, wandering through the layers of time. Biting into all of them at once, like a lasagna.” 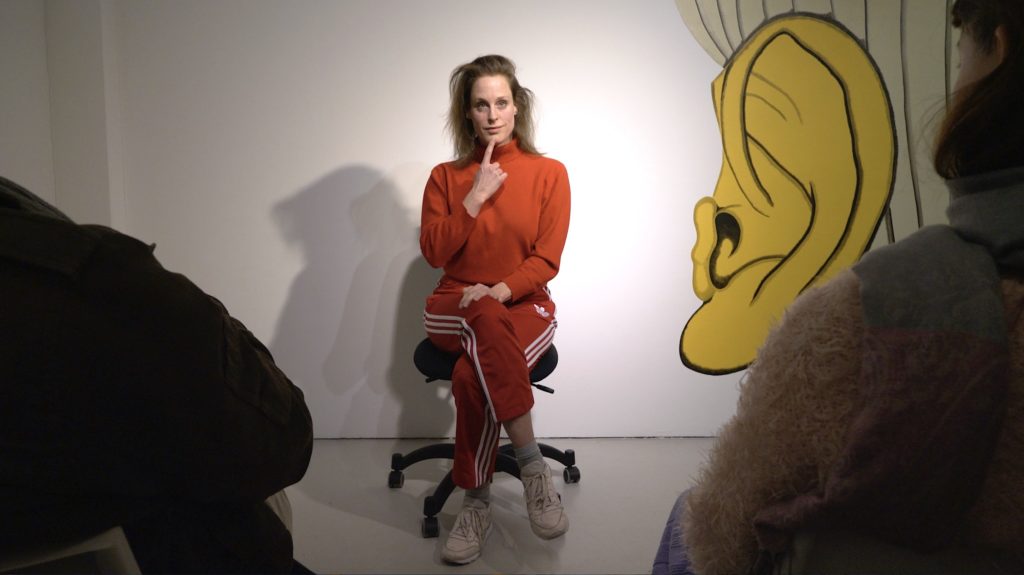 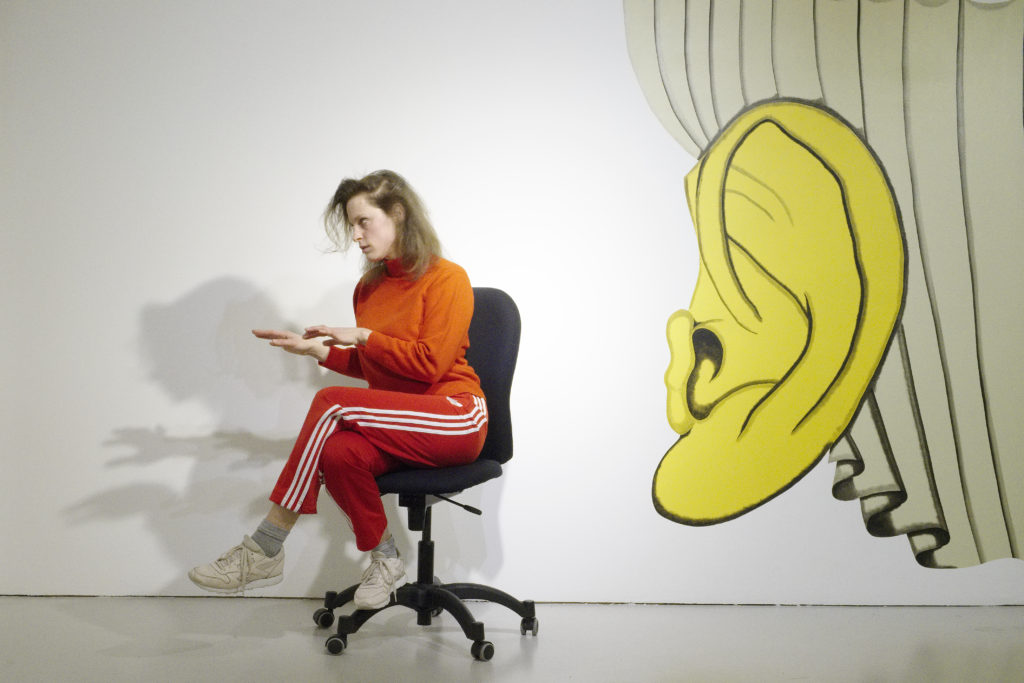 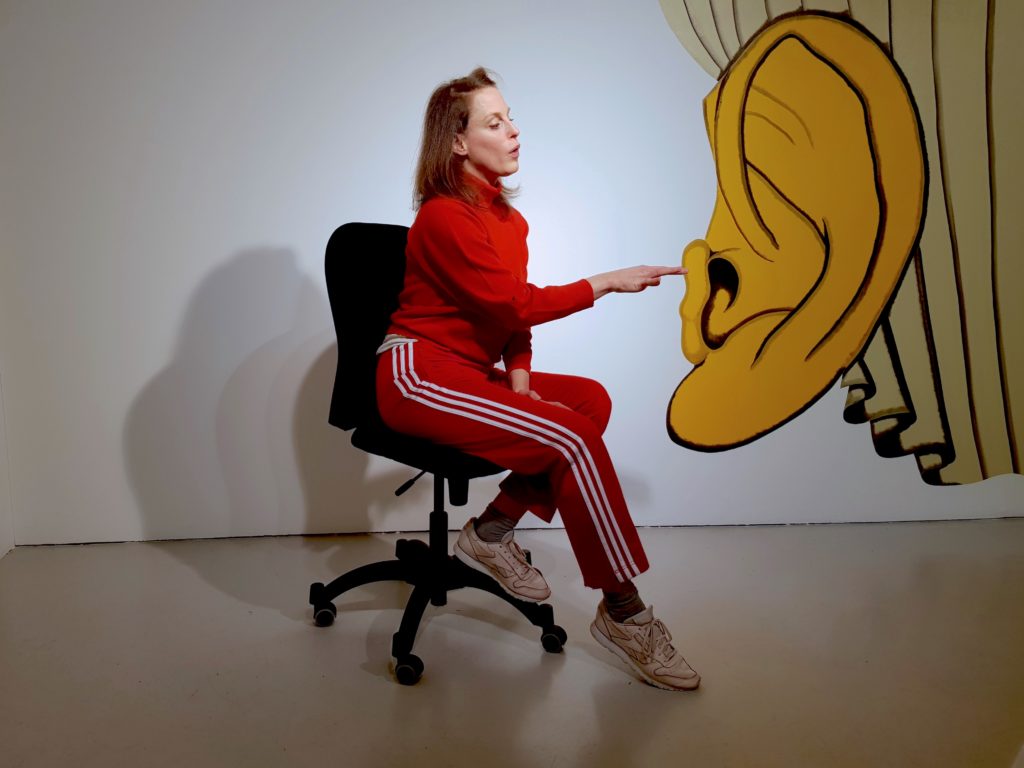 Following on her research on the permeability between individuals, Julia Perazzini explores the field of perception with Waves On. She is updating the content of YouTube videos that recreate the experience of deaf and hard of hearing people who, when activating a cochlear implant (of the inner ear) by an audiologist, hear for the first time. Embodying a continuous flow of characters, the artist stages the intensity of their reactions and re-plays identically the specificities of their words and gestures. “I impersonate them with nothing but my body and my voice. This ultra theatrical moment places the person into a new world in a split second, and their interlocutor too. It’s an inner revolution, a big bang. ” 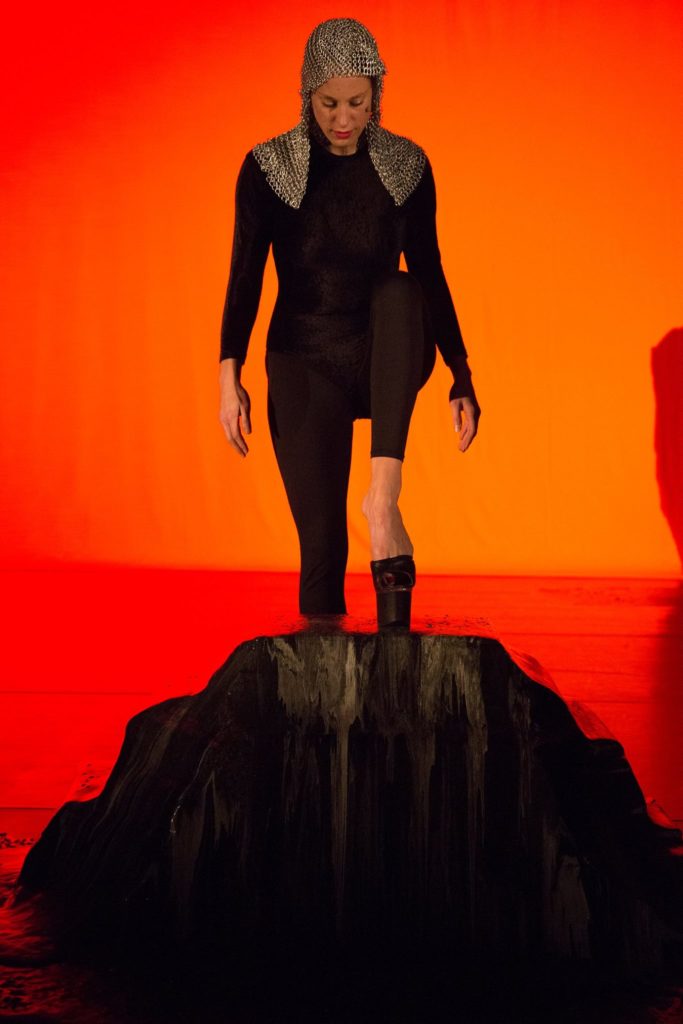 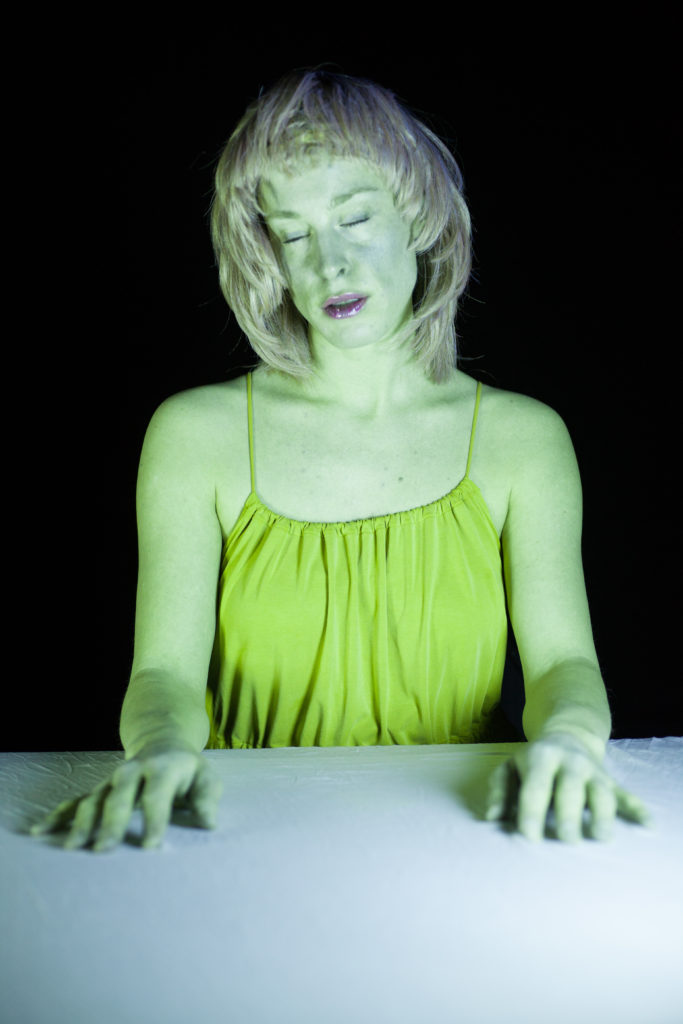 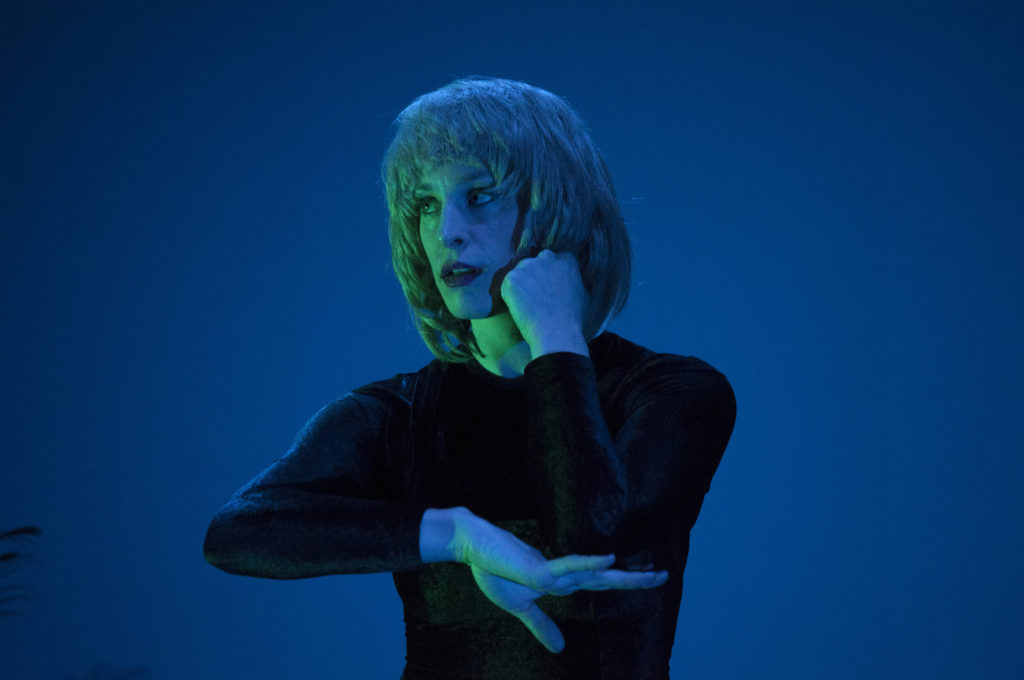 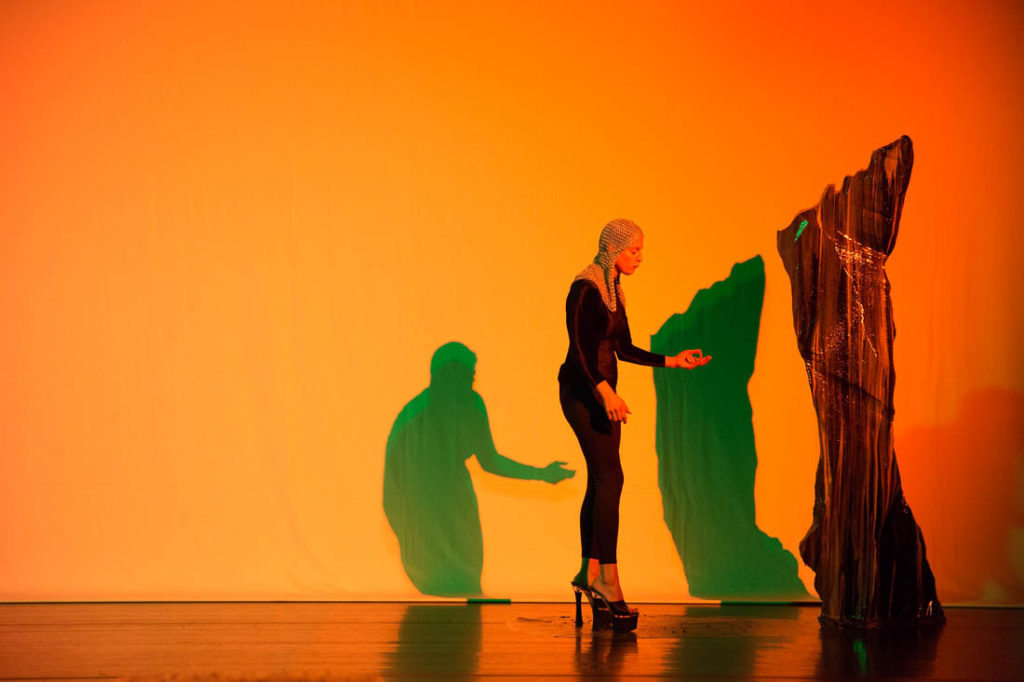 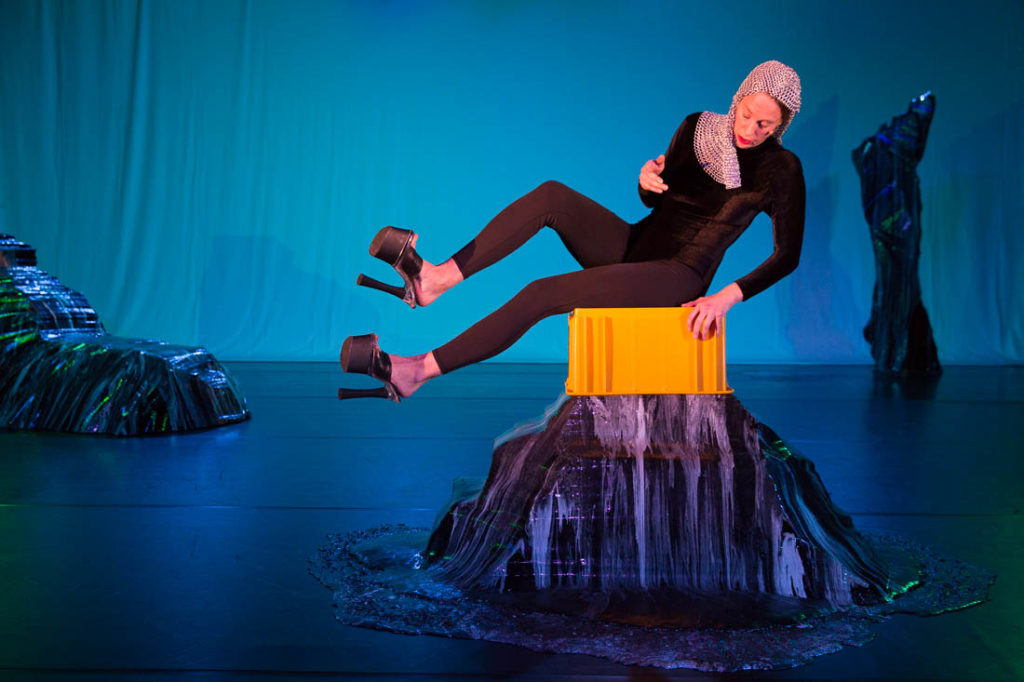 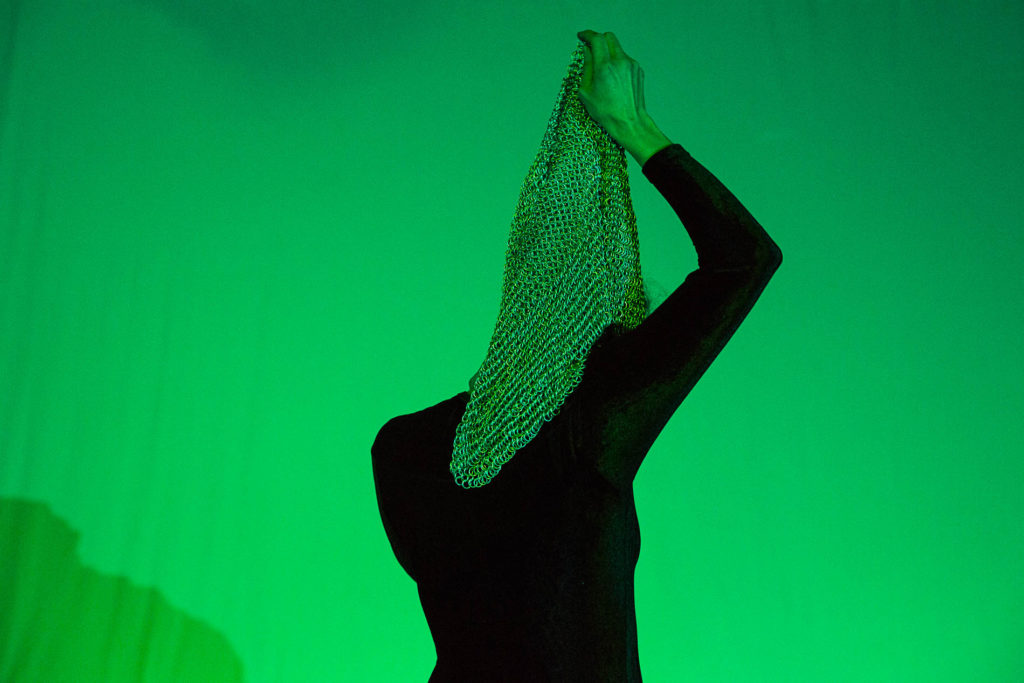 Holes & Hills consists of excerpts from interviews of people, who share themselves in their densities and their emptiness, to which Julia Perazzini has removed all the questions and given back the answers. She captures the voices of public and anonymous people who burst on stage through the infinite metamorphoses of the actress. An invitation to walk on the hills of the human territory, to venture to its borders, with the risk of tumbling into all its holes …
« She has this rare talent that consists of giving us to see / experience the essence of a human being. By a meticulous work of copyist and its re-enactment so rigorous, Julia Perazzini becomes a documentary of the soul. Freaky, disturbing, queer, hetero, she is close to madness, our madness.”
Natacha Koutchoumov 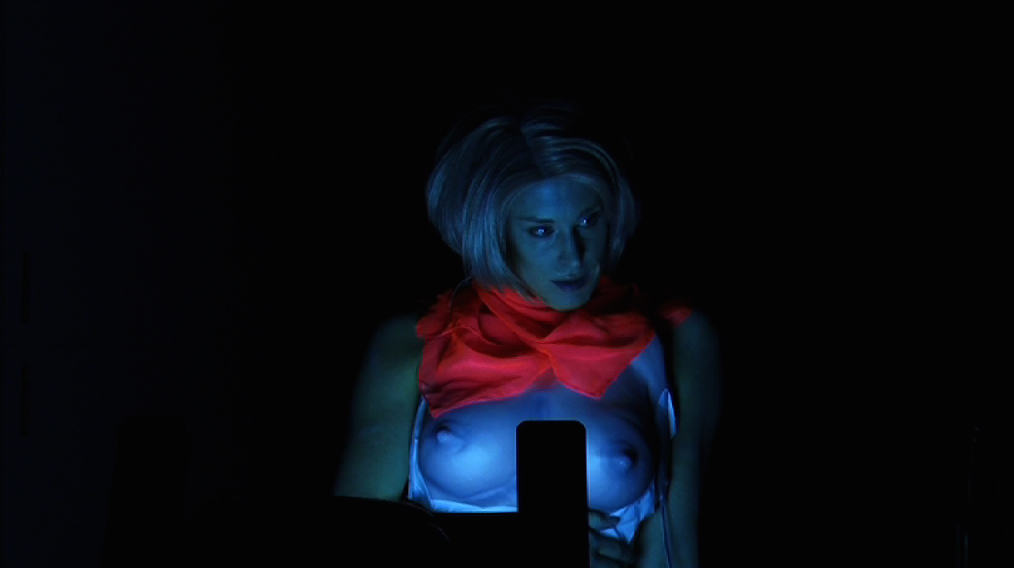 IT’S reflects on the identity of the human being, one’s ability to know, to misunderstand and to recognise oneself. To present oneself to the world and to imagine oneself, to invent oneself in front of others or to invent parallel lives (which, according to some thinkers, differentiates us from animals). IT’S is played in the foyer of the theatre, the bar … The bar as a space in between, neutral, anonymous, where one can come to lay his being, alone or to meet those we love. A place of music too, of songs.

The actress and performer Julia Perazzini questions the role played by the gaze of others in an identity quest. Inspired by the work of self-representation practiced with a touching despair by the Hollywood star Marilyn Monroe and with a frightening and fascinating lucidity by the visual artist Cindy Sherman, this mise en scène and in abyss is divided into four themes: multiplicity and the multiplication of the image, like Warhol’s serigraphy series and Sherman’s infinite incarnations, sexuality and eroticisation of the body, and finally a play between appearing and disappearing to its ultimate purpose: death (which is always offside). An authentic search and a disconcerting travel to the land of affectations.

Julia Perazzini is a Swiss performer and director, graduated in drama from the Manufacture in Lausanne in 2006. She writes performances around the questions of identity, representation, language and forces of the invisible.

In 2012, she founded the Cie Devon and created a self-staged performance in four parts Hey, …it’s cold here! (TLH-Sierre, Arsenic-Lausanne) from which the solo IT’S – based on transformism and designed for theatres’ foyers and art galleries – is still touring.

Her work is touring in Switzerland, France, Germany, Belgium and Luxembourg.

She was artist in residence at the Swiss Institute in Rome in 2013-2014 and created performances together with Valerio Scamuffa (Discuss, Retalk, Hysteria,..).

Aside from her activities as an actress and a writer, she is a dancer for the shows of Larytta, an electronic music act, and directs a video for the band Honey for petzi in 2011, as well as a documentary, E incomplèto, in 2019.

Read interview of Julia Perazzini by Charlotte Imbault in WATT

Download interview of Julia Perazzini by Charlotte Imbault in WATT